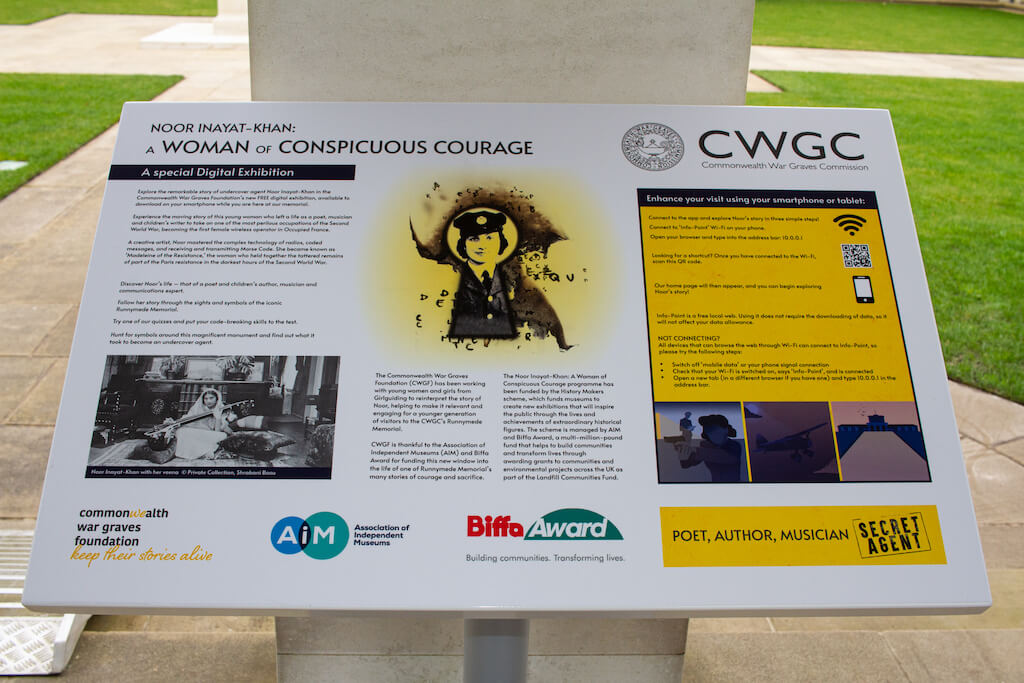 Since the First World War, the Commonwealth War Graves Commission (CWGC) has been maintaining 23,000 sites of Commonwealth war graves and memorials across the world.

In 2017 it established a separate charitable foundation with a complementary role to enhance the public engagement and educational value of its sites for current and future generations. The sites are very sensitive places of quiet reflection, making any form of on-site interpretation extremely challenging, which is where Info-Point was able to help.

The RAF memorial to its war dead who have no known grave is situated at Runnymede, not far from Heathrow airport and Windsor Castle. The Foundation was awarded funding from the Association of Independent Museums and Biffa ‘History Makers’ programme, in order to help them tell the story of Noor Khan, who was an Indian-born RAF radio operator who worked behind enemy lines during WWII – an enduringly courageous woman who was executed in Dachau prison camp.

One major challenge of telling her story to visitors is that the memorial building is a significant architectural work designed by Edwin Lutchyens. As a listed building its visual appearance cannot be altered in any way. It also lacks the staff and infrastructure found at normal heritage sites to assist visitors.

“We chose Info-Point as the content delivery platform for its ability to be totally invisible, self-contained, zero-maintenance, and universally accessible via any smartphone. Digital designers and interpreters Fuzzy Duck, who are familiar with the Info-Point technology, were selected to develop and programme the interpretation content as an interactive app.

Working as a team with our suppliers we overcame the hurdles and launched the new interpretation to an invited audience at the start of 2020. The experience of this project led to us working with Info-Point and Fuzzy Duck again, on providing outdoor interpretation to our visitors, and support to the Foundation’s intern guides, via their iPads, during planned conservation work at Thiepval.” 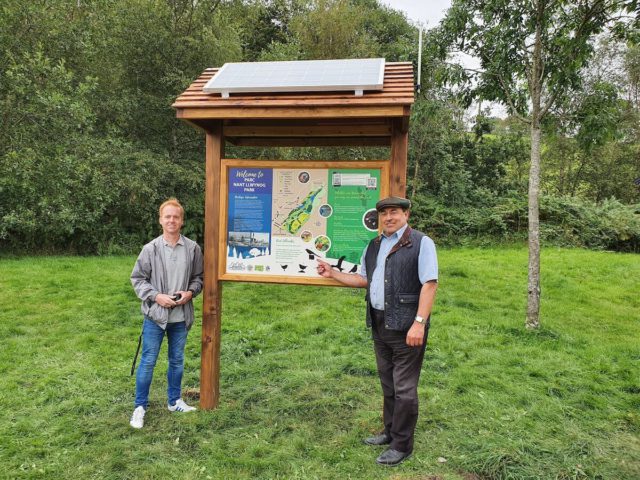 The Thiepval Memorial to the Missing of the Somme is in northern France. It is a war memorial to over… 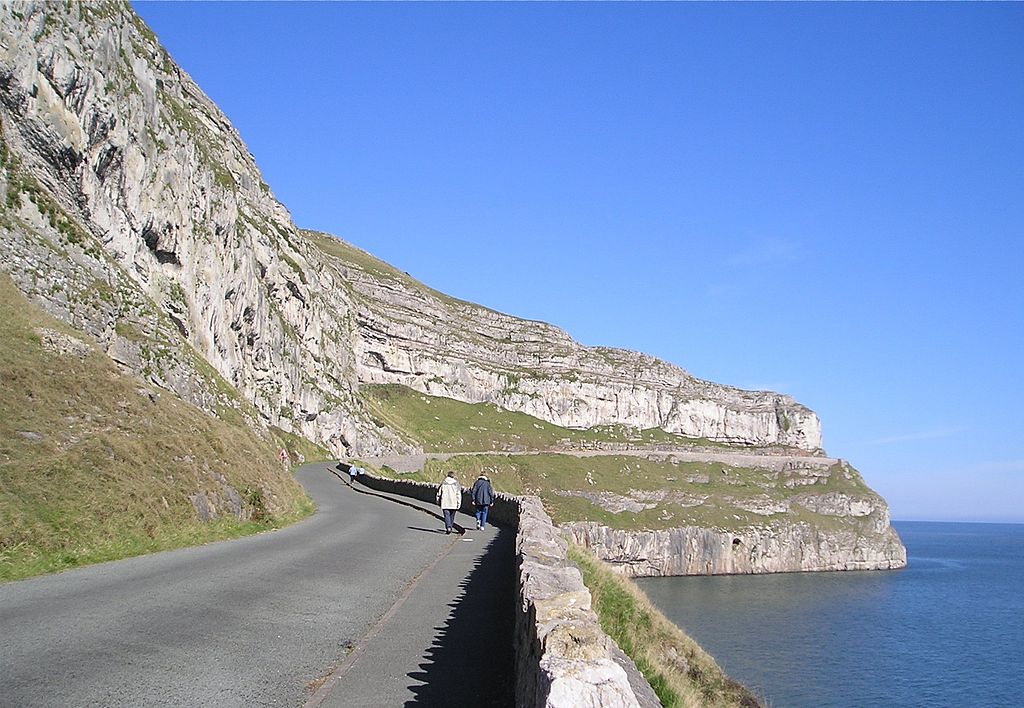 Conwy Council utilised Info-Point to deliver interpretive content along the Green Links Trail so outdoor visitors can maximise their visit.… 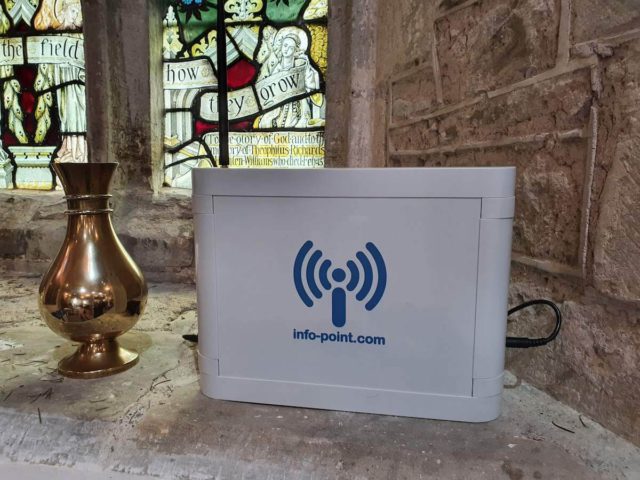 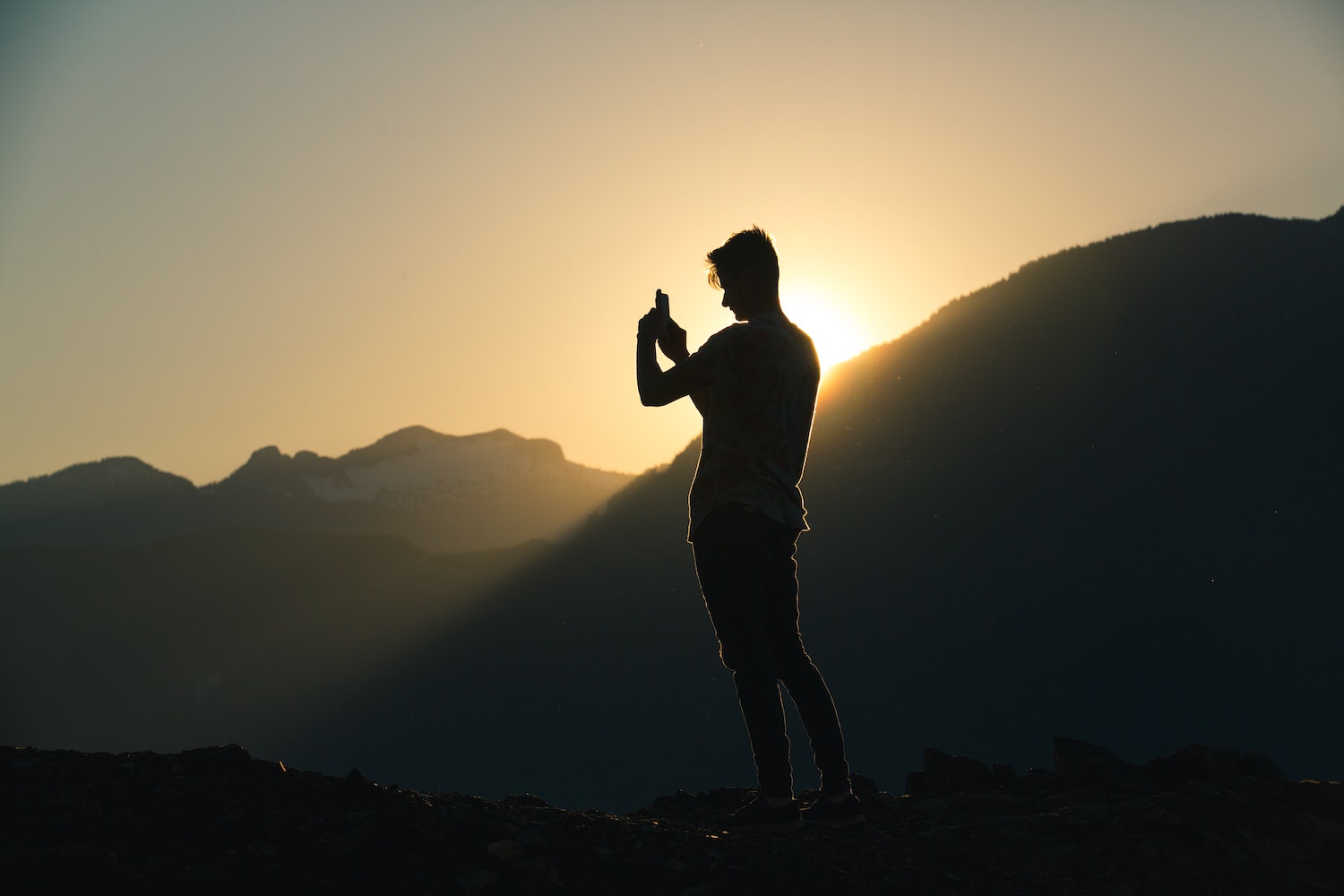 Power an Info Point in any location where a mains supply is not possible.

Get in touch Stay in touch
We use cookies on our website to give you the most relevant experience by remembering your preferences and repeat visits. By clicking “Accept All”, you consent to the use of ALL the cookies. However, you may visit "Cookie Settings" to provide a controlled consent.
Cookie SettingsAccept All
Manage consent

This website uses cookies to improve your experience while you navigate through the website. Out of these, the cookies that are categorized as necessary are stored on your browser as they are essential for the working of basic functionalities of the website. We also use third-party cookies that help us analyze and understand how you use this website. These cookies will be stored in your browser only with your consent. You also have the option to opt-out of these cookies. But opting out of some of these cookies may affect your browsing experience.
Necessary Always Enabled
Necessary cookies are absolutely essential for the website to function properly. These cookies ensure basic functionalities and security features of the website, anonymously.
Functional
Functional cookies help to perform certain functionalities like sharing the content of the website on social media platforms, collect feedbacks, and other third-party features.
Performance
Performance cookies are used to understand and analyze the key performance indexes of the website which helps in delivering a better user experience for the visitors.
Analytics
Analytical cookies are used to understand how visitors interact with the website. These cookies help provide information on metrics the number of visitors, bounce rate, traffic source, etc.
Advertisement
Advertisement cookies are used to provide visitors with relevant ads and marketing campaigns. These cookies track visitors across websites and collect information to provide customized ads.
Others
Other uncategorized cookies are those that are being analyzed and have not been classified into a category as yet.
SAVE & ACCEPT